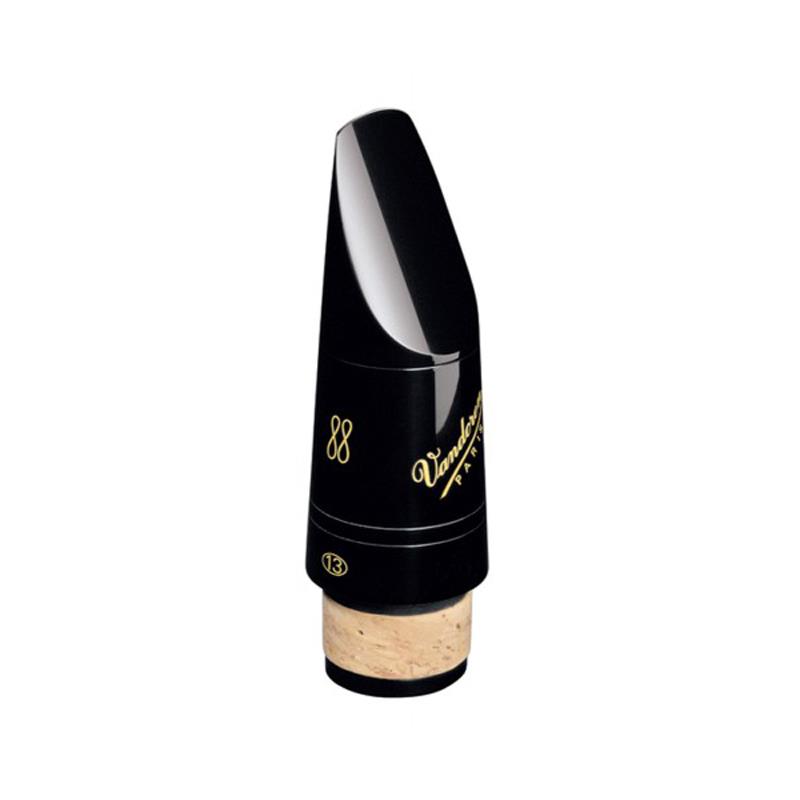 Created in the early thirties by Robert Van Doren, the 5RV Lyre is a longstanding favourite mouthpiece across many professional players.

The 5RV Lyre supports clear and flexible articulation while allowing a round and full sound. A well-balanced mouthpiece with ease of control.

The Lyre symbol refers to an alteration that is been made to the original model. Although we see different mouthpieces with a lyre within the Vandoren range, not all of them present the same variation. In this occasion, the 5RV Lyre features a slightly larger tip opening and a longer facing to its traditional version allowing a more projected and bigger sound.

Vandoren has designed the 13 series range specifically for those clarinettists in need of a A440 pitched mouthpiece. All the 13 series mouthpieces also come with the Profile 88 beak, which refers to the shape of the beak of the mouthpiece giving to the player a more comforting mouth position. In comparison with the traditional mouthpiece, the Profile 88 has a longer beak and smother shaped transition to the chamber.